Welcome to the latest issue of Spire Barristers’ Public Law Newsletter covering news from around the web, practice updates and case reviews in Court of Protection and Public Law matters.

You can sign-up receive our newsletter notifications or email us with any feedback.

Changes to the MCA Code of Practice and implementation of the LPS: consultation document

We are proud to announce that Joint Head of Chambers Jacqueline Thomas QC has been appointed as a Fee-Paid Judge of the First Tier Tribunal, Health, Education and Social Care Chamber(Mental Health)(Restricted Patients Panel) alongside her practice as a busy Family and Public Law QC.

The application was brought by Mr Riddle, concerning his remuneration as a Deputy.

The Mental Capacity Act confers a right to the remuneration of expenses for the Deputy, but the Court might provide legal authority for the remuneration. The decision for the court is a ‘best interests’ one.

Mr Riddle had been appointed property and affairs Deputy for Mrs May, a lady in her 90s in September 2018. At a previous hearing, Judge Hilder had made an order that the appropriate authorisation was fixed costs at the public authority rate. In 2020, Mr Riddle applied to amend the provision of his costs to be assessed by the SCCO (Senior Courts Costs Office). Judge Hilder had rejected that application.

Mrs May had around £140,000 in savings and a property valued at £210,000, however this was depleted by the costs of her care. Due to this, Mr Riddle took the view that he should apply to authorise the sale of the bungalow. This application took some time to progress to Court, and in the meantime Mr Riddle had written several letters to the Court; in September 2019 he emphasised that the funds would only stretch to 4 more months of care, in February 2020 he asserted that the funds had depleted, and in March 2020 he sent the latest residential care fees invoices which indicated that two months of care fees were now outstanding. Sadly, in May 2020 Mrs May passed away.

Mr Riddle contended that the volume of work he undertook in relation to the estate was not adequately met by the limited local authority rates, particularly contracting for maintenance of the empty property and seeking to process the application for its sale. He provided the Court with a list of the work undertaken whilst Mrs May was living in the care home:

“a. DOLS work required in looking to obtain authority to sell property. DOLS work now required by the CoP when looking to sell client’s properties now results in the sale process taking substantially longer, due to the fact that we are required to obtain authority to sell the property, even though we request such authority within the initial application. This obviously results in significant further work, often taking up to a year or two to obtain the requisite authority.

i. Dealing with neighbours, family etc

l. Ensuring personal items retained for client and sent to them in care

m. Having items of value auctioned”

HHJ Hayden held that although the remuneration may have barely covered Mr Riddle’s costs, the mischief “does not lie in the costs regime but, in the rates set by the local authority” and therefore the costs do not run close to establish the basis for a SCCO assessment. HHJ Hayden ultimately refused to give permission to appeal.

The case was an appeal before HHJ Hayden following a judgment handed down by HHJ Burrows on 31st January 2022.

The case concerned DC, a 21 year old man who lived in a residential care home. DC was non-verbal and, amongst other physical and learning disabilities, suffered a range of respiratory issues. DC was clinically vulnerable as defined by the Joint Committee on Vaccination and Immunisation.

Both HHJ Burrows and HHJ Hayden expressed their concerns about the delay in bringing this case to Court, considering that DC had been eligible for the vaccine since February 2021. It was not until September 2021 that a best interests meeting was held and December 2021 when the proceedings were issued. HHJ Hayden noted that the delay here was “egregious.”

At the time of this appeal, DC had still not been vaccinated. The Appellant’s Notice dated 7th February 2022 renewed the application to appeal on the following grounds:

“(1) The learned judge erred in not either having adjourned the matter to allow for DC to be tested for his potential natural immunity to SARS-CoV-2 or concluded that, without such a test, it was premature to make a decision to vaccinate.

(2) The learned judge erred in principle in his approach by taking insufficient account of the lack of evidence about the effect of the vaccine on adults with the weight of a small child.

(3) The learned judge erred in deciding that it was in DC’s best interests to be vaccinated in the absence of expert evidence.

(4) The learned judge gave insufficient weight to the unchallenged public domain evidence before him of:

(a) the lack of severity for persons of DC’s age. including those with co-morbidities (going directly to the risk the vaccine was designed to reduce); and

(b) the serious side-effects from the vaccines – particularly for young men (going to the risk of the vaccine).

(5) Had the learned judge taken account of the evidence demonstrating a dramatic decline in the severity of SARS-CoV-2 infections, he would have exercised differently the ‘fine balance’ in favour of not ordering vaccination with two adult doses and unlimited boosters.” A significant development occurred inn April 2022 when DC contracted Covid. DC’s parents did not inform the Court or their lawyers about this significant change in circumstances, and minimized the symptoms of the infection in order to – in HHJ Hayden’s view – justify their longstanding belief that DC would not be seriously impacted by the infection. HHJ Hayden held that it would be a misrepresentation not to recognize that DC was indeed symptomatic, with a high temperature, pain, and some respiratory distress, although he recognized that DC did not require hospitalization and has made a full recovery.

Considering this new evidence, the arguments advanced in this appeal were different to those before HHJ Burrows, taking into account DC’s degree of natural immunity and whether the available guidance in relation to the severity of Covid infection was robust enough.

All parties agreed that DC would not fall into the category of those contraindicated by the vaccine, but HHJ Hayden recognised that although the risk of harm from the vaccine was very small, even such a modest risk would be an important consideration for DC’s parents. HHJ Hayden noted that vaccination is likely to boost any pre-existing antibodies DC may have from his previous vaccine and so he would remain best protected by having the vaccine, but he also recognized DC’s parents “almost palpable anxiety” and the impact and effects of the Omicron variant.

HHJ Hayden held that the Court can take the “rare course” of ordering further evidence before reaching a final conclusion, particularly:

i. How many injections is DC likely to require?

ii. Given that DC was most likely infected by the Omicron variant, is it necessary for him to have both an injection and a booster?

iii. iii.Given his ‘clinical vulnerability’, is it likely that DC will require any medication or vaccination presently targeted to this particular group?

iv. Is it the case that vaccination, post natural infection by the Omicron variant, is likely to boost immunity? 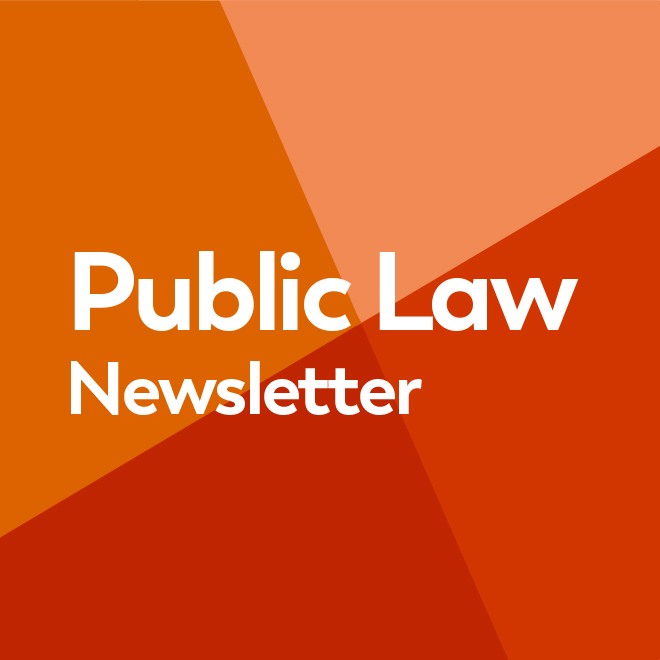