Articles from around the web, Legislation updates and Case Updates from Care Proceedings and Financial Remedy matters. You can email us to receive the latest newsletter and give us any feedback.

President of Family Division says: ‘We have to embrace technology’

The remarks were made at Resolution’s national YRes conference.

After disrupting proceedings and threatening to make complaints.

HMCTS: ‘to get evaluation and other changes right’.

Bach Commission: bring a range of family law cases back into legal aid

The charity has published two further guides for India and Pakistan

Case updates and summaries from around the web:

The court was required to determine whether a father’s application under the Hague Convention on the Civil Aspects of International Child Abduction 1980 (‘the 1980 Convention’) should be halted by an asylum claim by the mother and children.

The mother and father were Arab Israelis. They had two adult children and twins aged seven. The mother took the twins on holiday and came to the UK claiming asylum. The mother asserted that she had been grossly mistreated by her father and brothers. The asylum claims were refused by the FTT shortly before the instant hearing and she indicated an intention to appeal.

The secretary of state submitted that a grant of asylum would act as an absolute bar to a return order being made under the 1980 Convention, and that while an asylum application was pending, a return order could not be implemented.

Mostyn J granted the application. A key principle of the 1951 Geneva Convention Relating to the Status of Refugees (‘the 1951 Convention’) was that of non-refoulement, namely that Contracting States would not expel or return a refugee to the territories where his life or freedom would be threatened. Relief granted under the 1951 Convention in favour of a persecuted claimant was of a substantive nature. Essentially, it allowed the claimant to live in the UK indefinitely with a guarantee that they would not be returned to the place of persecution.

The scheme of the Hague Convention was to return an unlawfully removed or retained child to the country of their habitual residence for the courts of that country to make long-term welfare decisions about them. The nature of the relief granted under that Convention was therefore of an interim, procedural, nature.

The available defences had to be judged strictly in the context of the objective of the limited relief sought. The Hague Convention provisions, replicated in Regulation 2201/2003 (Brussels II Revised), commanded expedition. However, breach of that command was hardly likely to give rise to the same risks that might arise if the principle of non-refoulement was breached.

Starting in paragraph 17, Mostyn J gave guidance for various scenarios. Where asylum had been granted, it was impossible for the court to order a return of the child under the Hague Convention or under its inherent jurisdiction. It was also impossible for a return order to be made while an asylum claim was pending. Such an order would place the UK in direct breach of the principle of non-refoulement. The existence and resolution of the asylum claim amounted to ‘exceptional circumstances’ within Brussels II Revised.

If an asylum claim had been refused, but an appeal was pending, it was desirable for the court to hear the return application but provide that no return order should take effect until at least 15 days after the declaration of the tribunal’s decision. If the appeal were allowed, it would be necessary for a stay to be imposed on the return order. There was an absolute bar on implementing a return order up to and including the conclusion of the appeal to the FTT.

Order made for the children to be returned but not to take effect until 15 days after the FTT’s decision.

This concerned an application for care and placement orders in respect of a 5 month old child. HHJ Wildblood QC described this as ‘a desperately sad case’; for the second time in six months, the mother faced the loss to adoption of a child.

An unnamed local authority (LA) sought, with the support of the guardian, care and placement orders in relation to a five-month-old girl (‘G’) living with short-term foster carers under an interim care order. She was living with her three-year-old brother (‘B’) who was made subject to care and placement orders in May 2017. The LA intended that the siblings should move together to prospective adopters with the mother having only ‘letterbox’ contact.

The mother, who lives with members of her family, opposed the making of the orders. She had been assessed as having an IQ of 66 but with litigation capacity.

The judge said the evidence led in an overwhelming way to a ‘wretched conclusion’, namely that he felt ‘constrained to state that care and placement orders are necessary, proportionate and legal’ in the terms that he had explained.

HHJ Wildblood QC found that only a placement order, with an underlying care order, would satisfy G’s paramount interests and that he must dispense with the mother’s consent to G being placed for adoption pursuant to section 52(1)(b) of the Adoption and Children Act 2002. 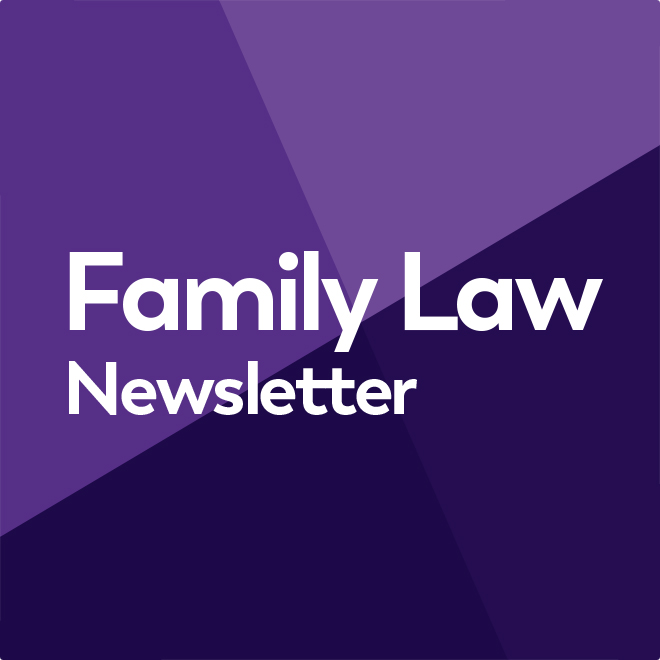