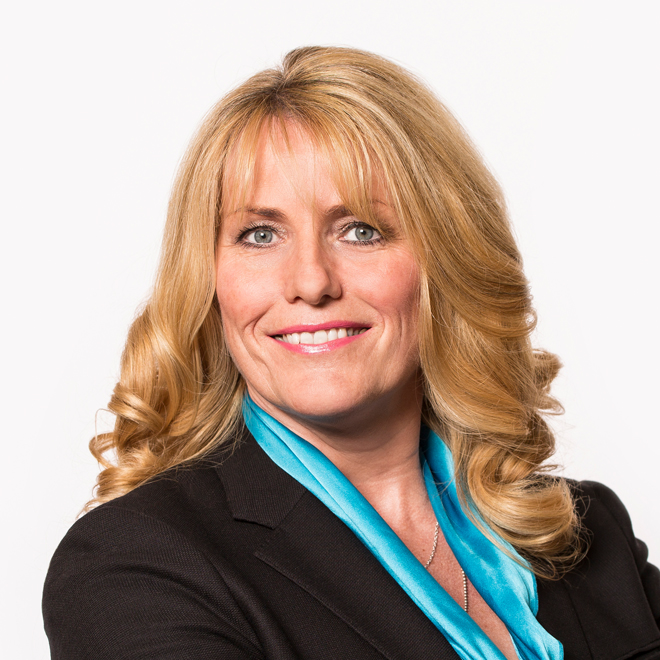 Legal 500 2020 - ‘She has an ability to draw the best out of her lay clients in extremely difficult circumstances.’

Chambers & Partners 2019 - "She is exceptionally committed and passionate." "Taryn is extremely experienced and an excellent advocate."

Appointed Queen’s Counsel in 2012 with over 25 years experience in the field of family law, Taryn was appointed a Recorder in 2008 and hears both private and public law family cases. Her practice encompasses all courts but she has an extensive practice in High Court public law children matters.

Taryn is known for her formidable cross examination and her ability to 'pull together' the evidence in the most complex and unwieldy cases and cut through complex medical evidence.

Legal 500 2020 - ‘She has an ability to draw the best out of her lay clients in extremely difficult circumstances.’

Chambers & Partners 2019 - Experienced family silk who is also joint head of chambers. She has a huge amount of expertise in children law, which extends to same-sex adoptions, paternity disputes and child relocation as well as severe cases of child abuse and injury. She is also adept at handling parental alienation cases.
Strengths: "She is exceptionally committed and passionate." "Taryn is extremely experienced and an excellent advocate."

Chambers & Partners 2018 - "A very senior silk who is very well thought of in her field."

Chambers & Partners 2017 - A leading silk in children law. She is renowned for her ability to handle complex and contentious cases such as paternity disputes, matters involving same-sex parents and findings of fact in relation to allegations of abuse in private law cases. Strengths: "She is a strong, confident advocate. She can very quickly assess a situation and find the correct tone to her questions to elicit the desired response from the witness."

Legal 500 2017 - ‘She combines a superb command of medical evidence with vast experience, which makes her the silk of choice.’

Legal 500 2016 - A "go-to" for the most complex public law children cases, as well as Court of Protection matters.'

Chambers & Partners 2016 - Demonstrates considerable skill in handling sensitive family cases. She is particularly noted for work in cases centred around highly contentious abuse evidence, and she has a wealth of experience in cross-examining child witnesses and representing a variety of vulnerable clients.

Expertise: "She is a very capable advocate. She is approachable, works very hard and sets out the information very clearly in court."

Recent Work: She successfully attained evidence that a parent had fabricated and induced illness in her child that served to create further difficulty for healthcare witnesses.

Chambers & Partners 2015 - Regularly handles extremely complex children matters, and is noted for her expertise in sensitive cases involving infant death, allegations of sexual and physical abuse, and complex factitious illness cases. "She is the one of the best family practitioners in the North Eastern Circuit; I wouldn't think twice about sending her any child law case."

Taryn has been instructed in some high profile cases which have attracted national press attention and have required contra mundum press injunctions to be obtained from the court:

- Successfully representing two sisters who had been subjected to years of sexual abuse by their father, undetected by all professional agencies, despite enduring 19 pregnancies between them. The children who had been removed were successfully returned and Press injunctions were sought and successfully obtained.

- Successfully representing a father against whom the LA sought findings that he had murdered an elderly neighbour.

- Successfully representing a young mother, who became pregnant whilst on day release from prison, whilst serving a term of imprisonment for a murder she committed as a child, mother successfully retained the care of her child.

Taryn also undertakes Court of Protection work and has most recently been involved in a case that is considering the issue of enforced medical treatment for a child. Taryn has been regularly involved in cases that have required child witnesses to provide oral evidence to the court and is therefore au fait both with representing children and cross examining children within this context.

Taryn is also a trained Family Mediator and Public Access accredited barrister since 2010, which allows her to take instructions direct from members of the public.

BMBC v H [2013] - Case involved the likely cause of and the various possible means of transmission of a sexually transmitted disease in a child.

Re A [2013] - Case involving the HIV testing and possible forced medical treatment of a child.

NLCC v OL [2013] - Successfully secured findings that the mother had fabricated and induced illness in her child, who already suffered with complex health problems thereby creating a highly confused and complex picture to professionals.

BMBC v Coates [2013] - Successfully achieved the return of the child to the mother’s care following conviction of the F for causing the death of the elder child.

NLCC v H [2012] Court of Appeal – Successfully secured findings and then successfully defended an appeal in respect of those findings that the mother had both induced and fabricated illness in her young child by injecting lactulose into the feeding tubes and additionally that she was interfering with and damaging medical equipment.

KHCC v B. Reported as Re L (children) [2011] EWCA Civ 1075 - Successfully securing findings that the mother had caused the deaths of two of her children whilst also fabricating and inducing illness in them prior to their deaths. A lengthy and complex case which involved detailed genetic and medical evidence. The medical evidence alone took some 5 weeks to hear.

SCC v S [2011] - Successfully representing a M accused of inducing and fabricating illness in her young child and achieving the rehabilitation of the child to M’s care.

KHCC v L [2010] - Successfully securing findings against several family members involved in a paedophile ring. One member then being convicted of a ‘cold case’ that had remained unsolved for some 20 years, but was ultimately detected following the criminal investigation that arose as a result of the care proceedings.

SMBC v H [2009] - Successfully representing a young mother who gave birth whilst in prison serving a sentence for a murder she had committed when she herself was a child. Successfully ensured the child remained with her mother.

DMBC v H [2009] - Led by Frances Oldham QC for the father. The LA unsuccessfully sought findings in care proceedings that the father had been involved in and caused the death of another adult. The court declined to make the findings and contact between the father and his children was secured.

NS-H v KHCC [2008] EWCA Civ 493 - Led on appeal and at the rehearing by Stephen Cobb QC. Successfully securing findings in the original proceedings that the child had suffered profound psychological maltreatment at the hands of the mother causing the child to fail to thrive. The parents brought the matter back before the court when the child had not been placed for adoption. The Court of Appeal determined that the court should be asked to consider the circumstances afresh. The conclusion of the re-trial was that the child had suffered profound psychological maltreatment in the care of the mother and there were no family members with whom the child could be placed. The child was subsequently successfully adopted.

H V B [2008] Court of Appeal - Respondent to an appeal concerning findings of fact made by a circuit judge that the father had attempted to murder the mother by poisoning. Thereafter representing the mother in the rehearing.

LCC v R [2007] - Successfully representing the mother of 5 children, 4 of whom were removed (one of the children in fact being a vulnerable adult) from the parents care on the basis that doctors believed that the mother was poisoning one of the children with epilepsy drugs (Clobazam). Involved complex genetic and medical evidence. Successfully secured the return of all 4 children.

Re S; WSP v Hull City Council [2006] EWCA Civ 981 - Representing the child who had suffered serious physical injury, including brain damage, whilst in the fathers care. The Court of Appeal dismissed the fathers appeal to instruct further medical experts, however they allowed the cross appeal in relation to disclosure of the fathers medical records.

CL v ERYC, MB and BL [2006] EWCA Civ 49 - Led on Appeal by Stephen Cobb QC. Involved the serious physical injury of a baby and collusion between the parents. The court of Appeal stated that in a split hearing the LA must define exactly the findings it is inviting the court to make. Once findings of fact are made any further assessments that are necessary can be timetabled.

CMBC v A [2004] - Led by Frances Oldham QC. Representing a mother with learning difficulties who had had two of her children die whilst in her care. Case involved complex medical evidence which included burn injury evidence.

ERYC v G [2003] - Successfully secured findings against an aunt that she had been involved in salt poisoning her niece ‘hypernatraemia’.

KHCC v T [2003] - Led by Frances Oldham QC. Successfully represented F in respect of findings being sought that he may have been involved in the death of his baby son.

Taryn regularly provides seminars and training both within chambers and to external providers which covers all areas of family, child care and court of protection law. Taryn also provides court craft training for social workers. Taryn is part of Spire Barristers seminar team which provides bespoke training and continuing education for clients.