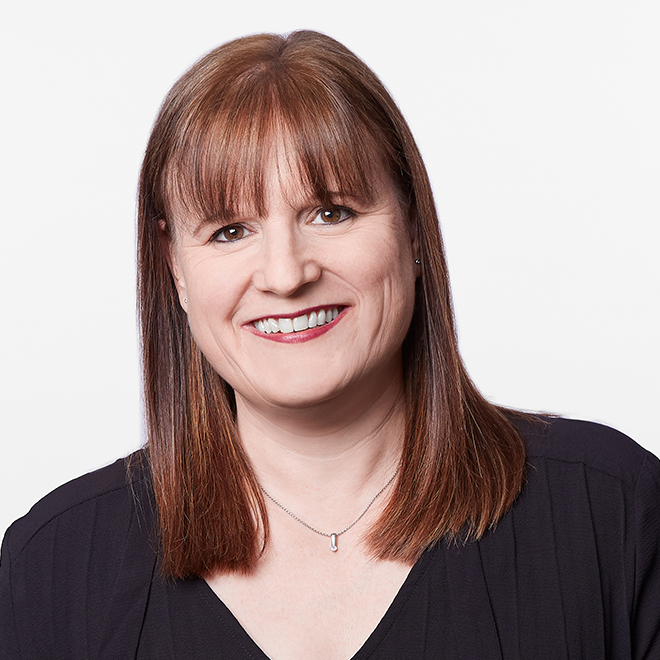 Legal 500 2021 - ‘Ms Blackmore is a very strong advocate with an in-depth knowledge of public law and Children's Act matters. She is clearly passionate about her work and offers an extremely high level of service. What stands out in respect of Ms Blackmore is the extra lengths she will got to and additional support she provides. Her experience shines through and is shown in the guidance and practical advice.’

Sarah has developed her practice in children cases over the last 18 years, initially at a specialist family law set in London and since 2008 on the North Eastern Circuit at what is now Spire Barristers. She appears on behalf of local authorities, parents, extended family members and Children’s Guardians and often represents parents suffering from mental illness, those with severe learning difficulties as well as ‘child parents’ in serious, complex cases (both public and private law), involving serious non-accidental injury and sexual abuse, often including both issues in the same case, as well as cases involving neglect, mental health issues, learning difficulties/disabilities, domestic violence, ‘implacable hostility’ and ‘parental alienation’

She appears at all levels of the Family Court, (including the High Court) as well as appearing as necessary in the Court of Appeal.
From this work in the Family Court she has a developing interest in Mental Health and Court of Protection – Health and Welfare matters.

She provides representation pro bono through her membership of the Bar Pro Bono unit. In 2021 Sarah's contribution to pro bono was acknowledged by being awarded The John Collins Pro Bono Excellence Award at the annual Advocate Pro Bono Awards.

Sarah is qualified as an Arbitrator in Children matters and is also trained as a Family Mediator, specialising in Children issues.

Legal 500 2021 - ‘Ms Blackmore is a very strong advocate with an in-depth knowledge of public law and Children's Act matters. She is clearly passionate about her work and offers an extremely high level of service. What stands out in respect of Ms Blackmore is the extra lengths she will got to and additional support she provides. Her experience shines through and is shown in the guidance and practical advice.’

Sarah is an expert in dealing with care proceedings involving the most serious of issues – in particular, serious non-accidental injury, sexual abuse, neglect, mental health issues and learning difficulties/disabilities.

Notable cases:
Re U [2016] – Care proceedings involving a very serious and rare C2 (hangman) fracture of the vertebrae in a 2-year old boy, which was the 7th fracture sustained over a 9-month period. No other concerns about the family, with two older sisters who were receiving excellent parenting. The hospital and Local Authority were convinced that these were non-accidental injuries.

Representing the mother, (led by Darren Howe QC) who speaks very little English, to assist her understanding of the medical evidence. Analysis of that medical evidence undertaken to ensure the right questions of instructed experts were asked to enable full challenge to be made to the Local Authority’s assertion that the injuries must be NAI.

Despite the seemingly obvious conclusion that the most likely explanation for the fractures was NAI, with the right questions being asked of the right experts it was ultimately discovered that the child suffered from a very rare form of osteogenesis imperfecta. The family were immediately re-united.

Re W [2017] – Care Proceedings in respect of serious allegations of sustained, inter-generational sexual abuse made by the now adult daughters of the parents. Both parents alleged to have been abusers, with the mother also failing to protect. The father committed suicide in the weeks before the matter was due to be heard as a fact-finding hearing.

Representing the subject children (half-siblings of the adult witnesses). Serious findings against the mother sought by the Local Authority. Analysis of the adult daughter’s evidence required.

The Mother vehemently denied the serious allegations against her, which resulted in the very vulnerable young women giving evidence. Skilled cross-examination of them was required to enable the court to have the best possible evidence to determine the findings sought.

Sarah is a specialist in all aspects relating to arrangements for children following separation and can act as an Arbitrator in Children matters.

She deals with matters relating to a couple’s financial arrangements following separation together with a co-mediator.

Sarah has extensive experience in dealing with the whole gamut of cases within the private law field. In particular cases involving domestic violence, sexual abuse and non-accidental injury as well as those matters which involve 'implacable hostility' and ‘parental alienation’

She also has experience of and is interested in cases of child abduction (both international and within the UK) and applications by a transgender parent to re-establish relationships between them and their child(ren).

Sarah is increasingly involved in cases in the Court of Protection which have begun life in the Family Court. She represents Local Authorities, family members and litigation friends

Recent Cases:
Re F [2016] – A now 18-year old, severely brain damaged at 4 four weeks of age having been shaken by his mother, lives in residential care, with educational provision. Representing his father who was blameless in the injuries sustained all those years ago but who struggles to accept that he is unable to care for his son at home and criticises the care he is receiving as well as wishing for there to be more contact for both himself and other close family members.

Managing the father’s expectations as well as ensuring that the long-term care arrangements for his son were the right ones were key to ensuring that the very important family relationships are maintained into the future.

Many of Sarah’s cases in the Family Court involve parents with mental health difficulties. She is adept at dealing with such issues and is developing a keen interest in assisting such clients with cases being heard in the First Tier Tribunal (Mental Health)

Re H & L [2017] – In care proceedings – a Fact-Finding representing a mother with significant mental health difficulties - single parent to her children, now aged 10 and 3. Concerns about general neglect but no suggestions of physical harm. 3-year old presents at hospital with extensive facial bruising and two days later with significant bruising to his genitalia. Mother has a new and unknown partner.

The mother due to mental health issues struggled to actively participate in the proceedings– the Local Authority alleged either she, new partner or father caused the injuries. The medical evidence was somewhat conflicting and required challenge.

During the course of giving evidence, mother took an overdose of her anti-depressant medication over the lunch adjournment. When the case resumed once she was discharged from hospital she refuses to continue with her evidence. Legal argument as to what inferences (if any) the court could draw from such refusal.

The John Collins Pro Bono Excellence Award 2021 - Advocate Pro Bono Awards
Member of the Chartered Institute of Arbitrators
Barrister Member of The Bar Standards Board Independent Decision-making Body
Joint Head of Chambers
Member of the Family Law Bar Association
Director of Pupil Training for Chambers and approved Pupil Supervisor
Advocacy Trainer (accredited by the NEC and Advocacy Training Council)
Jointly (together with Liz Shaw) awarded Barrister of the Year at the Yorkshire Lawyer Awards 2011 in recognition of them conducting a fact-finding hearing pro bono on behalf of grandparents ‘accused’ of causing serious non-accidental injury to their granddaughter, by shaking her.
North Eastern Circuit
Bar Pro Bono Unit
Lawyers for Children

She is the Co-Editor (with Jacqui Thomas) of chambers’ weekly Family Law E-lerter, which provides news stories and case summaries in all areas of family law, including care proceedings, private law children, child abduction and Family Mediation to a circulation list of over 500.

As a result, she is an expert in all procedural matters relating to the Family Court, and is renowned for her clear and concise written work.

Sarah is regularly involved in providing training/seminars to solicitors and other professionals, in particular in respect of the most recent developments in the Family Court since the implementation of the Children and Families Act 2014 and in the light of the publication of ‘Family Justice Reformed’

I am happiest when spending time with my husband and two daughters; love all things to do with Labradors; have begun practicing Yoga (very poorly!) and try to go out running (or shuffling…..) 2 or three times per week!