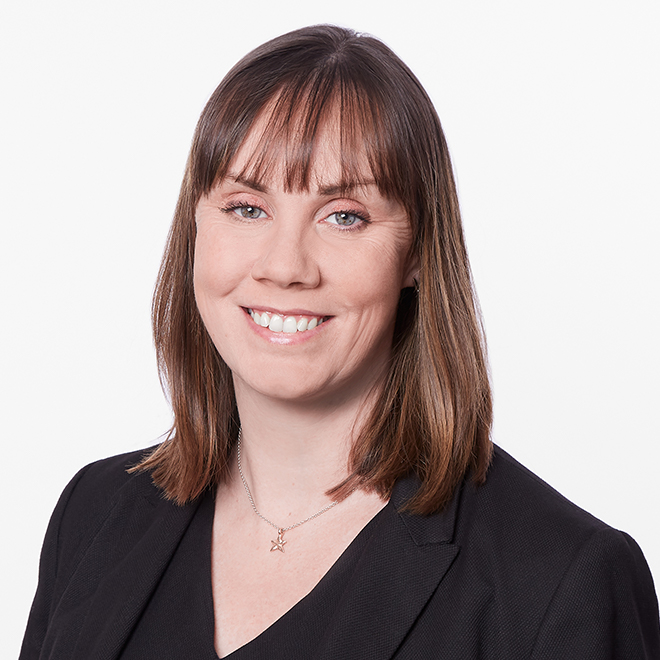 Chambers & Partners 2020- "A compassionate and committed advocate with unparalleled legal knowledge and great warmth for her clients." "She is clear, courteous and persuasive."

Appointed Queen’s Counsel in 2020 with 20 years experience in the field of family law, Jacqueline was appointed a Recorder in 2018 and sits in the Family Court. Her practice encompasses all courts but she has an extensive practice in Public Law children matters in the High Court and also in the Court of Protection, before Tier 3 Judges.

Jacqueline undertakes complex Children Public Law cases, Court of Protection health and welfare cases, and cases heard under the Inherent Jurisdiction of the High Court. She is instructed regularly in cases that involve a cross over between the jurisdictions such as teenagers transitioning from care.

Jacqueline is instructed on behalf of the Official Solicitor, local authorities, CCGs, NHS Trusts and family members in matters before the Court of Protection, in health and welfare and medical treatment cases.

Jacqueline is particularly known for her attention to detail in complex finding of fact hearings and her forensic cross examination.

Legal 500 2019, Family & Children - ‘A very experienced junior who is measured and meticulous in court.’

Legal 500 2017 - ‘An expert in non-accidental injury cases.’"She has great cross-examination and client skills.”

Re J (Representation: Fact-Finding Hearing) [2008] EWCA Civ 212
Successful appeal to the Court of Appeal to secure representation for a grandmother in a finding of fact hearing

A LA v A
Representing local authority in application for female genital mutilation prevention order against 3 members of a family, with the purpose of protecting the youngest child of the family. Orders were successfully achieved.

Court of Protection – Health and Welfare

A LA v F
Application in the Court of Protection for best interest declarations and authorisation of the deprivation of liberty of a care leaver, in the face of opposition from his father who had expressed the intention to remove AF from the residential home once he reached the age of 18 years. The case was transferred from the Family Court and involved the interaction between the children’s social care team, the disability team, and transitions to adult social care. In due course, the placement and deprivation of liberty were both authorised.

A CCG v B
Represented the CCG in COP proceedings (health and welfare) with linked Human Rights Act claim. Complex needs case, with difficulties in placement and placement breakdown. Background of potential unlawful deprivation of liberty. Jacqueline successfully defended the HRA claim which was subsequently withdrawn.

A LA v N
Represented the local authority in a finding of fact hearing in the COP in which findings were successfully obtained against family members who had actively undermined the placement of a daughter of the family. The placement had given notice as a result and new accommodation had to be found. Final orders were achieved with best interest declarations that N would remain in residential care.

A LA v W
Complex case in the High Court dealing with teenager with serious mental health issues coming out of section 3 detention. Case involving interim care order and potential deprivation of liberty of 13 year old. Cross over of all areas of work.

A LA v C
Application in the High Court for wardship and associated injunctions to protect a vulnerable 17 year old who was at risk of sexual harm from a violent partner. The case required consideration of legal arguments as to the appropriate orders and whether it was lawful for a child to be placed in local authority accommodation as a ward. It also required review of the deprivation of liberty which was in place in the care home and whether the ward’s Article 5 rights were sufficiently protected by the authorisation of the Court.

Jacqueline deals with complex Children Act care proceedings and health and welfare applications in the Court of Protection. Her caseload routinely includes transition cases relating to the Article 5 rights of young people across both jurisdictions. Work in the child care arena involves consideration of Article 8 and 6 rights on a daily basis and Jacqueline advises authorities, parents and children’s solicitors as to potential claims arising from their conduct as part of her work in child care. Within the Court of Protection, consideration of Human Rights issues are integral to Jacqueline’s work in which she is instructed on behalf of all parties. The following are specific examples of her work in this area.

2015 – NELC v Griffin. Acting on behalf of children. Advice provided in the case of NELC v G, on issues arising following care case in which Jacqui acted for the children’s Guardian. The children had been removed from their parents’ care following a fracture to a child’s arm. They were later returned by the authority to the parents, with potentially inadequate investigation and risk assessment. Less than 12 months later, the parents killed the youngest child by serious assault and further injuries were inflicted to an older child. The issue arose on behalf of the surviving children whether there had been professional negligence on the part of the social workers. This was around the same time as the case of Northamptonshire County Council v AS & Ors (Rev 1 [2015] EWHC 199. The advice was taken forward by CAFCASS on behalf of the children.

2015 – NYCC v MAG. Acted on behalf of local authority in COP proceedings at first instance and on appeal, dealing with human rights issues arising from the deprivation of liberty of P. Arguments including Art. 3 raised on behalf of P. Successful on appeal. https://www.familylawweek.co.uk/site.aspx?i=ed158445

2017 – SB v CCG. Acting on behalf of CCG defending HRA claim brought against them and the local authority arising from Court of Protection proceedings. Young person had been left in inappropriate placement for 18 months by public bodies with no action taken to move him on. Pre-action advice and defence drafted. Claim was subsequently withdrawn.

2017 – NELC v E. Acting on behalf of local authority in care proceedings in which the children sought damages pursuant to breaches of Article 8. Claim adjourned pending findings in the care proceedings.

Jacqueline is the co-author of Reforming Family Justice (1st ed) and Family Justice Reformed (2nd Ed).
“The second edition is a worthy successor to the first. Again, our authors deserve our thanks and our congratulations.” (Sir James Munby P, June 2017)

“The authors provide a commentary of quality on what we do and they deserve our thanks and grateful attention to the detail of what they have written.”
Rt Hon Sir Ernest Ryder, Senior President, June 2017"

Jacqueline presents and contributes to a number of seminars to solicitors and other professionals in Family law and Court of Protection, most recently the Chambers Court of Protection and Adult Social Care talks held across Yorkshire and the Humber.

Jacqueline is a visiting lecturer at Keele University where she lectures on the Adult Safeguarding LLM and Child Care LLM courses.